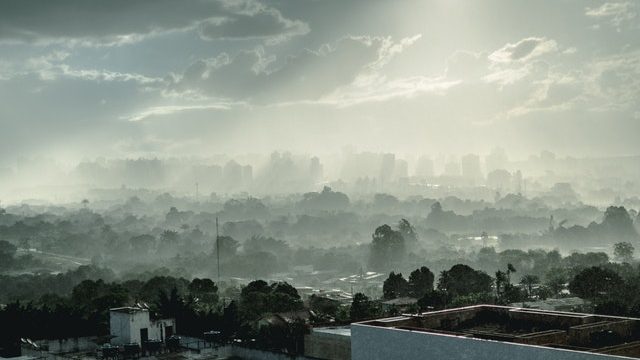 More than half of all air quality-related early deaths in the United States are a result of emissions that originate outside of the state in which those deaths occur, LAE researchers report today in the journal Nature.

The study focuses on the years between 2005 and 2018 and tracks combustion emissions of various polluting compounds from various sectors, looking at every state in the contiguous United States, from season to season and year to year.

The researchers find that while air pollution may be generated in one state, half of that pollution is lofted into the air and carried by winds across state boundaries, to affect the health quality of out-of-state residents and increase their risk of early death.

Electric power generation is the greatest contributor to out-of-state pollution-related deaths, the findings suggest. In 2005, for example, deaths caused by sulfur dioxide emitted by power plant smokestacks occurred in another state in more than 75 percent of cases.

Encouragingly, the researchers found that since 2005, early deaths associated with air pollution have gone down significantly. They documented a decrease of 30 percent in 2018 compared to 2005, equivalent to about 30,000 avoided early deaths, or people who did not die early as a result of pollution. In addition, the fraction of deaths that occur due to emissions in other states is falling — from 53 percent in 2005 to 41 percent in 2018.

Perhaps surprisingly, this reduction in cross-state pollution also appears to be related to electric power generation: In recent years, regulations such as the Environmental Protection Agency’s Clean Air Act and other changes have helped to significantly curb emissions from this sector across the country.

The researchers caution, however, that today, emissions from other sectors such as commercial and residental are increasingly contributing to harmful cross-state pollution.

“Regulators in the U.S. have done a pretty good job of hitting the most important thing first, which is power generation, by reducing sulfur dioxide emissions drastically, and there’s been a huge improvement, as we see in the results,” says study leader Steven Barrett, the Director of the MIT Laboratory for Aviation and the Environment. “Now it’s looking like other emissions sectors are becoming important. To make further progress, we should start focusing on road transportation and commercial and residential emissions.”

Barrett’s coauthors on the paper are MIT research scientist Sebastian Eastham, former MIT graduate student and now TU Delft assistant professor Irene Dedoussi, and former MIT research scientist Erwan Monier, now an assistant professor at UC Davis. The research was a collaboration between MIT’s Laboratory for Aviation and the Environment, and the MIT Joint Program on the Science and Policy of Global Change.

Death and the matrix

Scientists have long known that pollution observes no boundaries, one of the prime examples being acid rain.

“It’s been known in Europe for over 30 years that power stations in England would create acid rain that would affect vegetation in Norway, but there’s not been a systematic way to capture how that translates to human health effects,” Barrett says.

In the case of the United States, tracking how pollution from one state affects another state has historically been tricky and computationally difficult, Barrett says, because of the “sheer number of states” — 48 contiguous states, each of which researchers would have to track emissions to and from the rest of the 47 states.

“But now there are modern computational tools that enable us to do these assessments in a much more efficient way,” Barrett says. “That wasn’t really possible before.”

He and his colleagues developed such tools, drawing on fundemental work by Daven Henze at UC Boulder, to track how every state in the contiguous U.S. affects pollution and health outcomes in every other state, for multiple species of pollutants such as sulfur dioxide, ozone, and fine particulates, and from various emissions sectors including electric power generation, road transportation, marine, rail, and aviation, and commercial and residential sources, and for every hour of the year.

They first obtained emissions data from each of seven different sectors for the years 2005, 2011, and 2018. They then used the GEOS-Chem atmospheric chemistry transport model to track where these emissions ended up, from season to season and year to year, based on wind patterns and a pollutant’s chemical reactions to the atmosphere. Finally, they used an epidemiologically derived model to relate increases in a population’s exposure to pollutants, to their risk of early death.

“We have this multidimensional matrix that characterizes the impact of a state’s emissions of a given economic sector of a given pollutant at a given time, on any other state’s health outcomes,” Barrett says. “We can figure out, for example, how much NOx emissions from road transportation in Arizona in July affects human health in Texas, and do those calculations instantly.”

The researchers also found that emissions traveling out of state could affect the health of residents beyond immediate, neighboring states.

“It’s not necessarily just the adjacent state, but states over 1,000 miles away that can be affected,” Barrett says, adding that “different kinds of emissions have a different kind of range.”

For example, electric power generation has the greatest range, as power plants can loft pollutants far into the atmosphere, allowing them to travel over long distances. In contrast, commercial and residential sectors generally emit pollutants that chemically do not last as long in the atmosphere.  “The story is different for each pollutant,” Barrett says.

In general, the researchers found that out-of-state air pollution was associated with more than half of all pollution-related early deaths in the U.S. from 2005 to 2018.

In terms of the impact on individual states, the team found that many of the northern Midwest states such as Wyoming and North Dakota are “net exporters” of pollution, partly because the populations there are relatively low and the emissions these states generate are carried away by winds to other states. Those states that “import” health impacts tend to lie along the East Coast, in the path of the U.S. winds that sweep eastward.

New York in particular is what the researchers call “the biggest importer of air pollution deaths”; 60 percent of air pollution-related early deaths are from out-of-state emissions.

“There’s a big archive of data we’ve created from this project,” Barrett says. “We think there are a lot of things that policymakers can dig into, to chart a path to saving the most lives.”

This research was supported in part by the U.S. Environmental Protection Agency, the VoLo Foundation, the MIT Martin Family Fellowship for Sustainability, and the George and Marie Vergottis Fellowship at MIT. 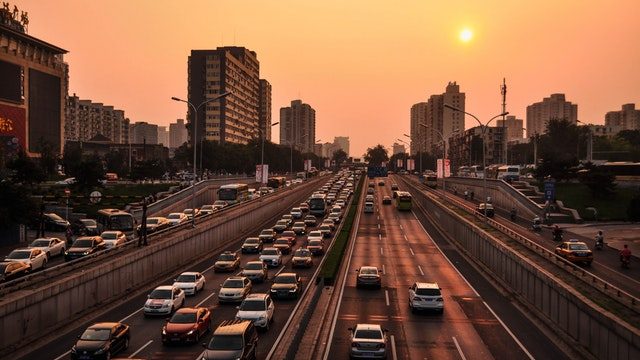 In September 2015, German Volkswagen Group, the world’s largest car producer, admitted to having installed “defeat devices” in 11 million diesel cars sold worldwide between 2008 and 2015. The devices enabled more than 11 million passenger vehicles to meet U.S. emissions standards in the laboratory despite producing emissions up to […] 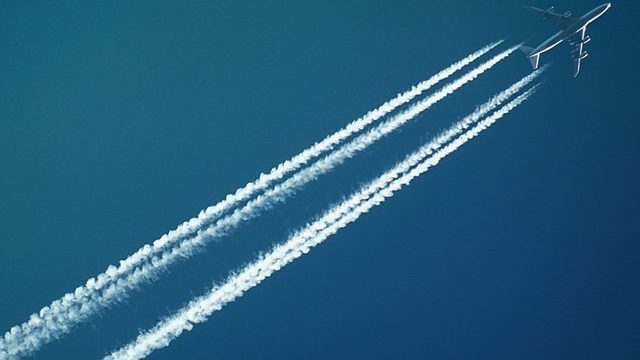 New research from MIT’s Laboratory for Aviation and the Environment has quantified the climate and air quality impacts of aviation, broken down by emission type, altitude and location. Writing in Environmental Research Letters, the research team examines how this damage can be mitigated, and provides consistent comparative assessments of aviation emissions […]