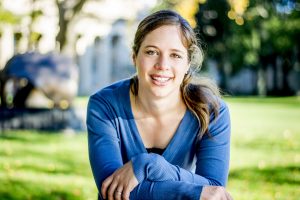 I am from South Africa and completed my undergraduate as well as a Master’s degree at the University of Pretoria in South Africa. My Master’s degree focused on Surrogate Modeling and Bayesian Optimization and was completed in partnership with the Council for Scientific and Industrial Research (CSIR) in South Africa. In 2016, I moved to Boston, where I am currently pursuing a Ph.D. at the Massachusetts Institute of Technology.

I am a research assistant, pursuing a PhD relating in the Lab for Aviation and the environment. The global aviation industry has a number of impacts on the environment. Most notably, these include impacts on the global climate change, air quality, and noise pollution. As part of my work, I am currently analyzing the costs and benefits of aviation emissions as they relate to man-made climate change.

Quantifying and modeling the current and future climate impacts are associated with uncertainty. My research focuses on improving the quantification of aviation’s impact on climate change, while also making the current research available to policy makers.