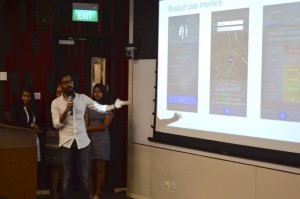 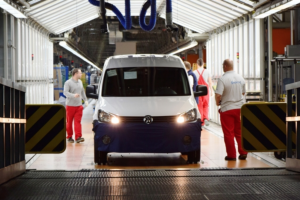 Volkswagen’s use of software to evade emissions standards in more than 482,000 diesel vehicles sold in the U.S. will directly contribute to 60 premature deaths across the country, a new MIT-led study finds. In September, the Environmental Protection Agency discovered that the German automaker had developed and installed “defeat devices” […]

Study finds one-stop flights are a big contributor to global connectivity. Every time you’ve seen a plane take off or land at a hub airport, you’ve seen the world growing more connected, according to a new model developed by researchers at MIT. In a study published in the journal Transportation Research […]

If the majority of light-duty vehicles in the United States ran on higher-octane gasoline, the automotive industry as a whole would reduce its carbon dioxide emissions by 35 million tons per year, saving up to $6 billion in fuel costs, according to a new analysis by MIT researchers. In a […]

MIT’s Laboratory for Aviation and the Environment is beginning a new research effort on the environmental impacts of a potential future fleet of supersonic aircraft. The research effort, funded by NASA, aims to advance scientific understanding of the role of high altitude emissions in atmospheric chemistry, ozone depletion, and climate […]

The amount of ozone created from aircraft pollution is highest from flights leaving and entering Australia and New Zealand, a new study has shown.  The findings, which have been published today, Thursday 5 September, in IOP Publishing’s journal Environmental Research Letters, could have wide-reaching implications for aviation policy as ozone […]

The SAE 2013 Aerospace Alternative Fuels and Associated Environmental Impacts Symposium will be held in Brussels 13-14 June, 2013. Further information about the program and registration information is available at http://www.sae.org/events/aafs/. LAE Director Steven Barrett is chairing the symposium, with other LAE contributors including Robert Malina (chairing the economic impacts session), Mark […]

When a current passes between two electrodes — one thinner than the other — it creates a wind in the air between. If enough voltage is applied, the resulting wind can produce a thrust without the help of motors or fuel. This phenomenon, called electrohydrodynamic thrust — or, more colloquially, […]